The Premier League might be one of the most competitive football competitions in the world, but that has not stopped teams from making a sensational start running away in the race to win the title. The incidence of excellent starts has become more prominent since the turn-of-the-century. Here are the top five excellent starts made by a Premier League team:

Armed with Pep Guardiola at the helm, Manchester City were able to create history after making the best start to the season in 2017-18. Widely regarded as the best team in Premier League history for various reasons, this City team started off with 14 victories and a draw from the opening 15 matches. This helped them become a remarkable 43 points and put themselves in pole position for the title. This amazing start last throughout the campaign, as City finished the season with a record 100 points. 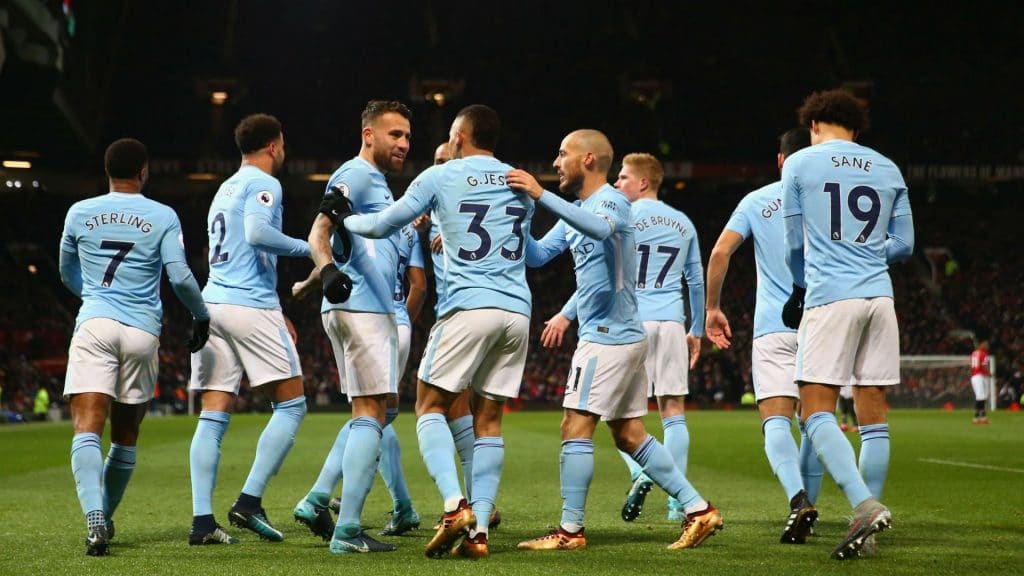 This is a relatively new occurrence, but it will be fresh in the memory of everyone concerned with Liverpool, who had previously experienced years of failure to make an impact in the Premier League title race. All this changed with an incredible start under the management of Jurgen Klopp. Liverpool were able to match City’s record in 2017-18 by picking up 43 points from the first 15 matches. After the season was disrupted due to the pandemic, Liverpool resumed the campaign and finished with their first Premier League title. The club, however, narrowly missed out on City’s 100 point haul.

After having made a blazing start of the 2017-18 campaign, Manchester City picked up the 2018-19 campaign from where they left off. Unlike the previous season, City had dropped two more points from the opening 15 matches, as they could ‘only’ muster 13 wins and two draws from the first 15 games. Even though this was not a huge difference compared to the previous season, City were given a run for the league title until the last day. Liverpool ended up finishing just one point behind City, who were able to get 98 points at the end of the season.

Jose Mourinho’s second season with Chelsea was able to produce even more efficient football, as the blues were simply unbeatable in almost every department. The Chelsea team of this season ended up with a return of 13 wins and one draw in the first 15 matches. There was a loss for the team in the opening 15 games, but it did not end up causing an impact as Chelsea won the league title comfortably with 91 points – a record back then.

After having won the Premier League’s inaugural season, Manchester United started off with 13 wins and a draw from the first 15 matches. The Red Devils would go on to lose only three more times in the remainder of the campaign. They picked up the league title after amassing 92 points from the 42 matches.